Donald Trump is an Embarrassment To The United States of America 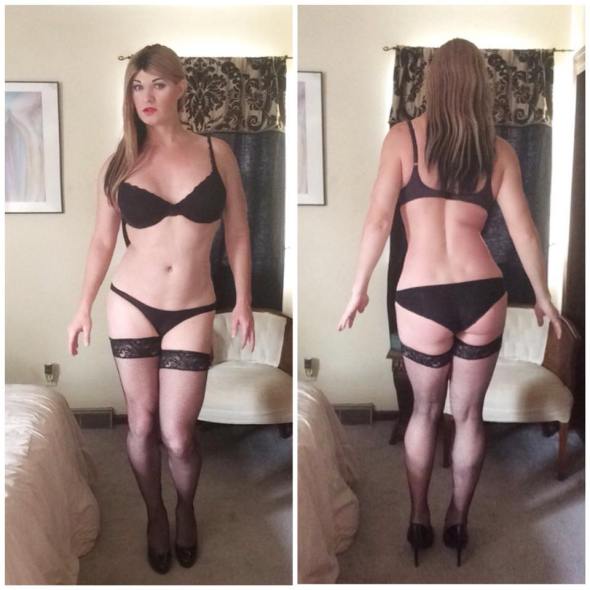 There is an old saying:
“Never judge a book by its cover.”

In the martial arts, I teach my students to never judge an opponent with any pre-thought. What you “think” may not be true. Although many of us know this, it is remarkably difficult to get past the social stereotypes that we see in the media and movies.

Why is it that when you pick up any Martial Arts Magazine, watch any Martial Arts / War / Fighting Movie, you always see some dude with their top off, flexing their muscles, instilling intimidation through their “masculine prowess”, and in doing so, he instills fear and intimidation towards his opponents… Why?

Why is it that you always see “masculinity” as a means to being a great warrior, but a woman showing her “femininity” is not as equally accepted?

In the art of ninjutsu we train to see the unseen. The fact that someone has a muscular body does not mean they are good at combat. If that were the case, a Bodybuilder would be a great soldier and a Strongman Champion should be the next MMA champ.

If you ask any martial artist who has years of training, would they fear fighting against a bodybuilder or Strong Man Champion that has zero experience in fighting, most would say no. If you ask the average man on the street, they would hesitate because of the man’s size and strength… Why?

I understand that size and strength does add factors to the fight, but unless you submit to these factors, those factors do not dictate the fight. Never fear a man based on how big his muscles are, because I know through life experience that the man that is not as big and powerful can rip out your throat just as fast. Just the same, the woman that is being really nice and giving you lots of attention can take you for everything that you have; understanding the art of self defense is deeper than mere physical technique…

In the martial arts, I am ridiculed all of the time because I am a woman. Nothing pisses off a closed minded, insecure man in the martial arts more than a powerful woman who exudes femininity and sexual freedom.

If I was nothing but tits and ass, than the Budo Ryu Kai would not have be around for 13+ years and still going strong teaching authentic ninjutsu and samurai bujutsu. Whether you love me or hate me, if you study ninjutsu anywhere in the world that has internet access, you have heard of “Soke Anshu” / “Anshu Christa Jacobson”. I personally do not give a shit about social stereotypes, nor do I have any fear of an opponent in front of me either. My opponent can prejudge me if they want. But it will be a mistake if they assume that I’m some dumb-ass weak blonde that cannot protect herself.

Self-defense (goshinjutsu) is not just in the physical realm, remember: “mind-body-spirit”. You have to learn how to protect yourself against mental and emotional attacks as well. This training also has an “ura” aspect to it, as you have to learn how to not hurt yourself, physically, mentally and emotionally as well. In many cases, the most stress, worry and pain comes from within. Here again, having negative pre-thoughts of yourself is just as detrimental. But we will also get to that in a later lesson…

RAW REALITY:
An attack can come from anyone at anytime.

When you are in a combative situation, you cannot have any prejudgment or thought. You must move the way that you have trained, act and react accordingly. You are the weapon. Mind-Body-Spirit must become one. Connect to the elements and use them to your advantage. You will grow stronger as the enemy becomes weaker. Never judge an opponent with any pre-thoughts. Let go. Mushin (無心), no mind… The mentality is simple, defeat is not an option. You train to protect your life, Remember that next time you are in the dojo. Your life may depend on your training.

Thank you to all of my haters out there!
You save me a “KILLING” on advertisement cost! 🙂 🙂 🙂

Nothing like people who like talk a lot of trash and then send them to a professional website that offers high quality instruction, HD videos & downloads that is dedicated to the teachings of Authentic Historical Ninjutsu & Samurai Bujutsu! In case they did not know, they are helping way more than hurting!

The Budo Ryu Ninjutsu Dojo has been around a lot longer than most of these hating people that have nothing better to do than the slander others online.

So because the internet is all about “keywords” and “tags” to create people to “click on your site”. They use my name and my schools name to get people to click on their site so that they can sell whatever MMA / Martial Arts products that they are selling!

So all I can say is to all of the haters, you are welcome, without you using my name and my schools name no one would have ever clicked on your sorry site anyway,..so,..so you are welcome, glad that I could be of a help to you! 🙂

Message to the Haters:

Hope you are all well! Remember today could be the best day ever if you let it!